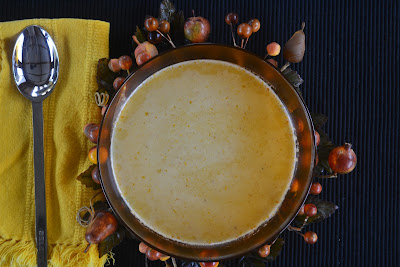 In the mid-1990's, new in town and looking for ways to connect with my community and other women, I joined The Saturday Club of Wayne, PA.  A women's philanthropic and social organization. I was an active member for several years, taking on several leadership positions, increasing my awareness of, and donating my time to, several local charities, and making lasting friendships.  To learn more about the club, check out the website: www.saturdayclub.org/

One of the enduring endeavors of the club has been their incredibly popular series of cookbooks. In 1982 Main Line Classics was published -- despite its age, and the radical way food and eating have changed since then, I still reach for this book time and again.  In 1996, Main Line Classics II: Cooking Up a Little History was published. Member recipes were mixed in with line drawings and a history of Main Line Philadelphia. As a club member at the time, I contributed recipes and tested recipes (dishwasher fish, anyone?), and after publication delivered cases of books all over town, and sat at many a gift show spreading the good word.  Main Line Entertains was published in 2005, offering an array of recipes perfect for entertaining and for the first time, photographs.

Income from these cookbooks, as well as other fundraising efforts, have allowed the Saturday Club to maintain its historic building in Wayne as well as donate almost $1 million dollars to local charities over the past two decades. That's a lot of good work and a lot of good cookin'!

The current board of directors have decided to do it all again. So, now it is time to contribute and test a few recipes that might eventually make it into the Saturday Club's fourth cookbook: Eat Love Philadelphia.

The club Book Group hosted a recipe tasting at this month's meeting. I am a dedicated book group member, so even though I could not be there I asked for a recipe to test in my On the Water Galley.

Like a good tester, I made the recipe to a "T". This was hard for me -- I like to tweak as I go -- but I resisted.  I did take notes and for my second round I put a few of my own touches on the recipe - reducing the fat content and bumping up the flavor with an optional garnish.

Without further ado, just in time for soup weather, and Thanksgiving:

Add onions, cook until tender. Add salt, cinnamon, ginger and pepper, fully coating the onions and cook about 30-60 seconds until the aromas open up.

Add 1/2 the chicken broth, stirring up all the bits of spice that may have stuck to the bottom of the pan.  Bring to a boil, then reduce heat and let simmer for 15 minutes.

Puree onions and stock with an immersion blender*, or in a blender or food processor. Note: let the mixture cool a bit before placing in blender or processor.

*Using an immersion blender makes this a one pot soup and clean up a snap.

If necessary , return broth to pan.

Add remaining broth and pumpkin, stir to fully incorporate pumpkin. Return to a boil and then simmer for 10 minutes. Do not taste the soup just after adding the pumpkin -- it will be aggressively squash-y and not very tasty. It needs time to mellow, and it needs the next step:

Add heavy cream, and heat through but do not boil.

Ladle into bowls, add optional garnish, or simply enjoy as is!

Melt oil in saute pan, add pepitas, then spices. Stir to coat.
Cook over low heat until the seeds just begin to brown.
Also delicious in salads or by the handful.
Adjust seasonings to taste.